On the occasion of international women’s day, several distinguished women who have made their names in respective fields have been conferred Women Era award as a recognition of their achievements. The list of awardees included famous Kathak dancer Padma ShriShovna Narayan, spiritual orator Jaya Kishori and public speaker Damini Juyal along with others.

The event was an endeavour to honour a woman in her full spirits, honouring her journey towards emancipation and equality, claiming spaces that were denied to her and creating spaces when they were taken away from her. In all her journeys, she has been an inspiration for us, of believing in ourselves when the world would have wanted otherwise.

8th March, International’s Women Day is the day to remember their contributions, the resistance that women have made, it is symbolic of their incredible journeys at all fronts. This day is not to celebrate womanhood because if it was the case to be, one day of a year cannot justify the spirit of womanhood. The entire centuries stretching across from the existence of the day when the first man walked on earth, to the day it is today, and the years that have to come – this timeline can mark what womanhood is. Woman is not a category that can be limitedly defined by her traits or biological composition, it includes every race, class, colour, religion, caste, and/ or social group. 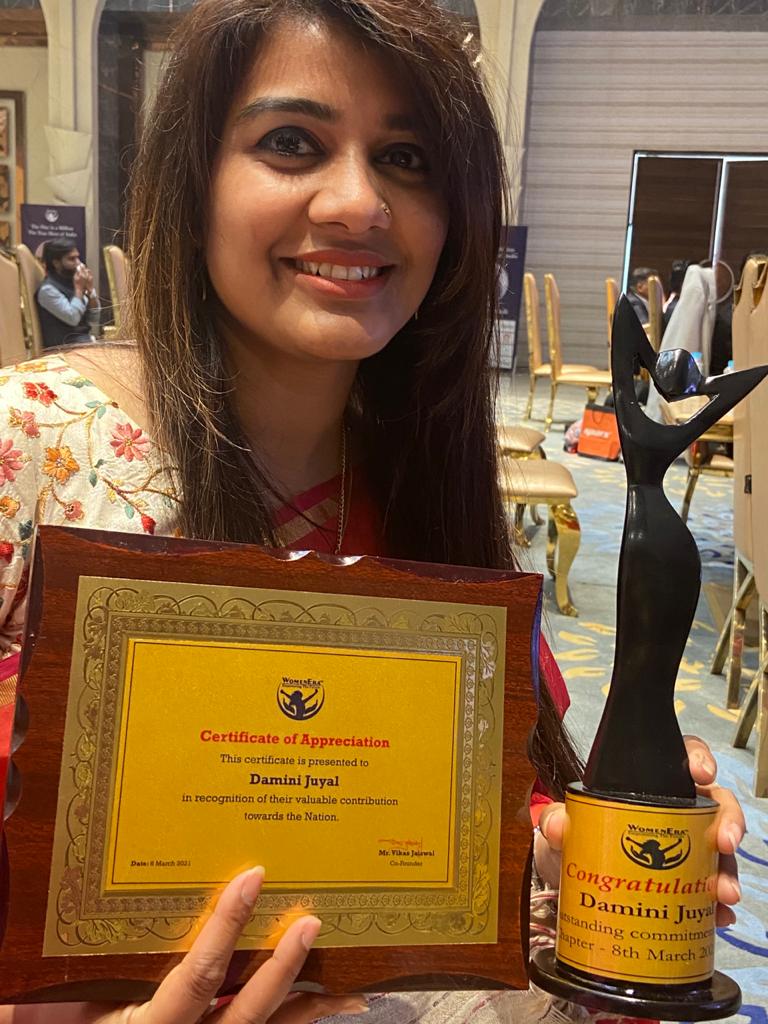 Damini, a noted public speaker and Executive Director of Khel Mitra, an initiative to promote sportspersons has been working tirelessly for youth empowerment after leaving her job in corporate and media. She was elated to receive this award. She said such awards are an attempt to celebrate womanhood and acknowledge their achievements and contributions in the development of society. “Such awards not just inspire us  but also puts responsibility on our shoulders to do more towards making India a better country”, she added.

The event that honoured the spirit of womanhood was held at Westend Inn, Mahipalpur and saw women achievers from all walks of life coming together and promoting ‘Equal Rights for Women’.